This nativity set was bought by my late mother at a time when crib sets were hard to come by in the shops – outside Catholic stores maybe. Mum was passing by a local store and saw this old set in the window for sale: the price ticket read $75. She went in to get it, to discover that the price was actually $15.

Look to see the baby. The figure usually placed last in the crib. The smallest figure. The most vulnerable character at the centre of the story, first announced socially not to the Magi but, says Luke, to a group of shepherds. So the shepherd in this set is standing to the side, head bowed. The three kings are included (time conflation here, in the tradition of decorations), coming along with their curious gifts. What are your questions? 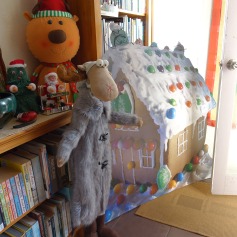 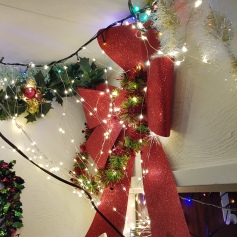 Church of St Susan the Serendipitous 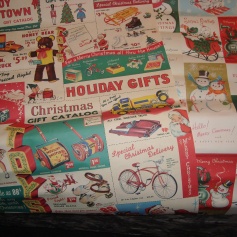 Some new decorations from USA 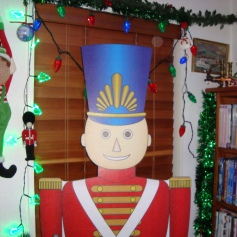 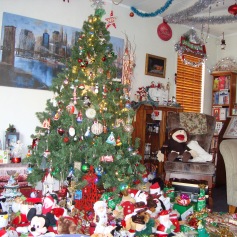 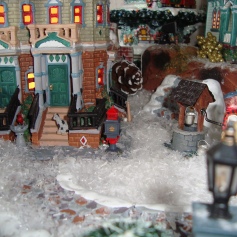 Snow around the wishing well 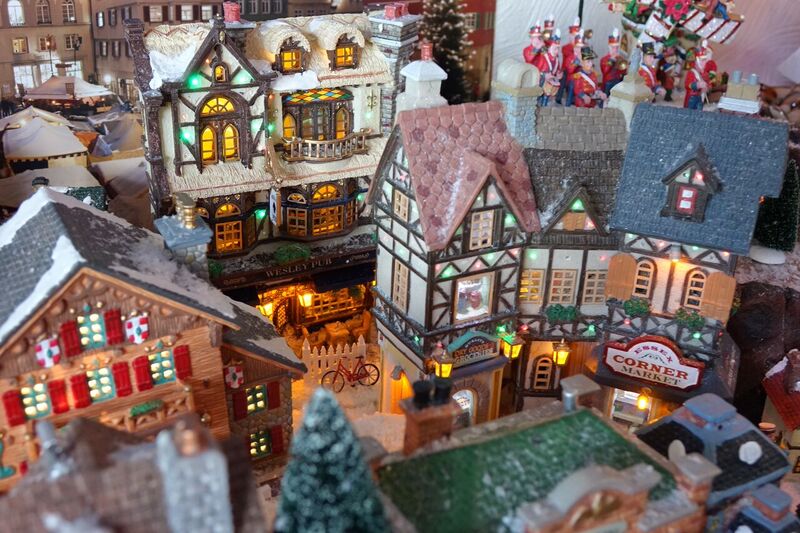 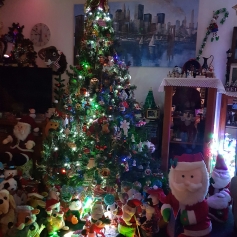 Big tree in the lounge 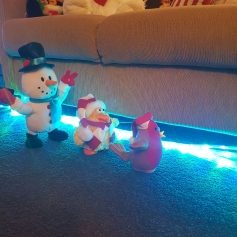 If Fun in the Lounge gets too much for you, follow the emergency escape lighting to safety

Santa plays the blues – photographed by the Admiral 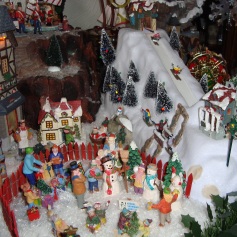 Fun in the snow

Lights in bushes, back garden

To let you know

Fun in the Lounge is not a commercial blog, and does not sell anything. It is simply Christmas-themed Fun in and around the Lounge.